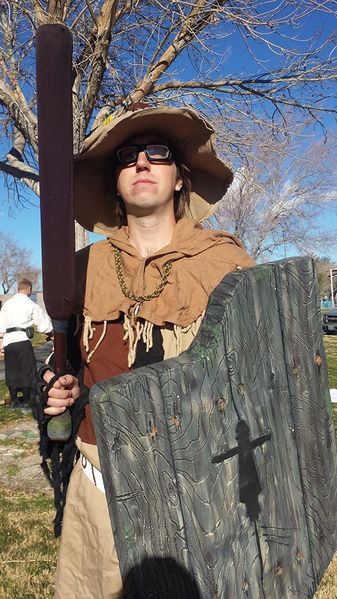 Dustin has been friends with Taco (Josh Bryant) since high school, and it was Taco who introduced him to Belegarth. Dustin did not yet get involved in foam fighting but would attend practices to watch from the sidelines. In November of 2009, Dustin moved with Taco to Las Vegas, Nevada, where they became members of Barad’Dun. For a year, Dustin still did not participate but remained a spectator. After the death of Surt (Joshua Dufort), Barad’Dun’s founder and king, Dustin decided to become more involved and an active fighter. The name “Acrid” comes from the anagram of “Dustin Macari” into “Acrid Tsunami.” Dustin has used this name as a gamertag for many years prior to joining foam fighting. Acrid was originally a jester persona with red and yellow as personal colors. Shortly before Chaos Wars 2013, Acrid changed his persona to that of a scarecrow and has remained as such since. As a scarecrow, his hat with a sunflower has been an iconic part of his garb. 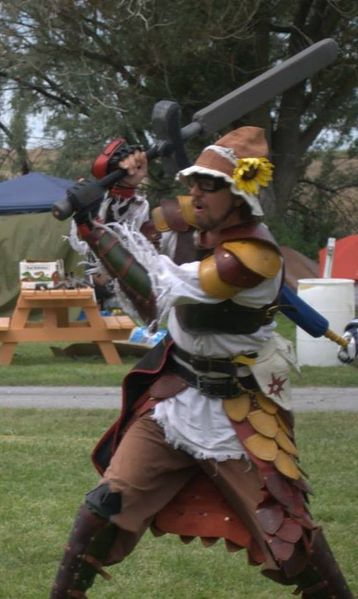 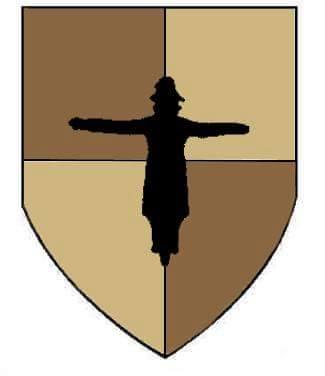