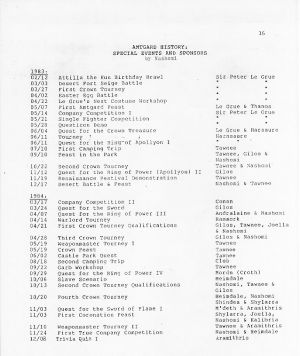 Note: In this period of Amtgard's history, only one form of generic knighthood existed, rather than the four-path system that exists now. The forms of knighthood listed reflect what these previous belts were changed to in 1985.

This article is part of the set on the EarlyHistory of Amtgard.