Wol-fa-fa (The Useful) Mercades, From the Shire of Bandit Flats East, Kingdom of Crystal Groves


Wolfafa: "Why is there a tire iron in the flower bed?"

Wolfafa: I want that bitch to take a horse cock! *pounding fist through palm to elbow* 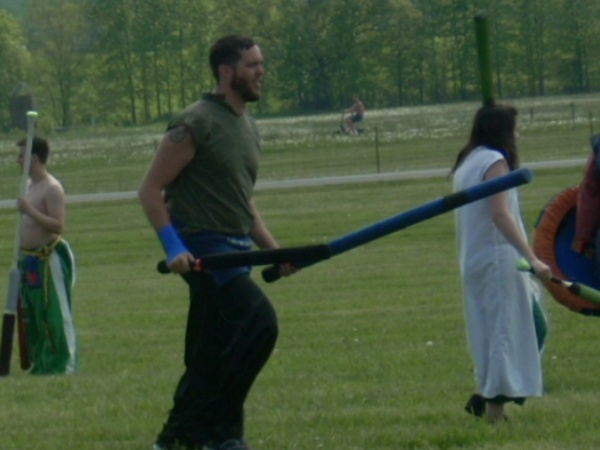 Wolfafa was born in a small village in Ireland. As a baby his village was attacked and everyone but him died. Left for dead he was found by wolves and raised by them. By the age of six he started to realize the difference between him and his adopted family. He realized that he was able to do many things they could not. Like fashion tools that would make things easier for the pack. By the age of ten he had too many tools to carry, so he made his first pouch to carry his tools. When he turned sixteen he left the pack to start a life on his own. Around the age of 22 he came across Sir Jynx Mercades; who took him in and gave him a family name. He has since brought great help, entertainment and knowledge to the people he comes across everyday. There by earning the title "The Useful". Soon after he became the "Practicing Father of the Exorcisim" in league with the Church of the High Cross. Now he not only throws the High Cross with his sword, but he swings the High Cock at the ladies.

Practicing Father of the Exorcisim (I.E. Use of the High Cock) - The Church Of The High Cross