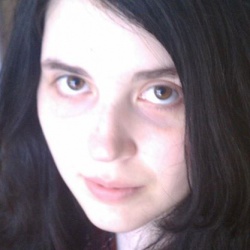 Began playing at Traitors Gate in early 2015 with Nehogg and quickly became known for her skill with a polearm. She also worked with Baron Ethan Wallace of Trent who had just come back from his absence to make kick ass garb. Her new garb combined with her fighting skill was enough to be adopted into House End'Oh on her third day on the field. She soon left House End'Oh for the nearer House Sesshomaru, wanting to limit herself to one household for now.