Squire Jarl Ka’a F. Acklie Tul of the Barony of Aureus Saltus in the Kingdom of Westmarch

”Feral, you're old enough to be my daddy!”, "Proud Viking Bitch" Clenawe "She's Wendy to the Lost Boys"- Harefor

Ka’a (pronounced kI-ya) joined Wavehaven in 2001. She has since found Warrior to be her favored class, and practices Florentine, Sword and Shield, and pike combinations. She was part of the last Monarchy of Sanctuary Hill before they disbanded, and an honorary member of the Crusaders of Saint JD.

An avid and active artisan, she has created garb for players across the known world of Amtgard. She also shares her knowledge, teaching many classes and sharing techniques and tips. She has also traveled to the Arts and Symposium in Winter's Edge, where she was a featured teacher and a volunteer. She also led the very successful annual demo at DunDraCon for two years.

In 2020 she held and online interview series spotlighting serpent knights of amtgard called Sipping with serpents.

Is known for doing crazy things like running half marathons for charity before spending the day fighting on the field.

Great-grandchild of Faramir Took I and Goldilocks Gardner, no one is really sure what to make of the tall, dark haired, small footed hobbit. She arrived in the mail with a note from their grandson, asking them to look after his daughter while he is on his adventures. As a child she was sweet and shy, but as she learned to fight she became more curious about the world and wanting to hear about the adventures of her Great-great-grandfathers Pipin and Sam, and about the Rohan.

At the young age of 20 she took off for her own adventures. Stealing away in the dead of night, telling no one and only returning when she was ready to "settle down" in her words.

From all appearances she did visit Rohan, as well as many other lands. Now she takes part in the arts and running of her local land, while dreaming of the day she can travel again.

Formerly Sir Creampuff Squired Ka'a at Darkshore 2007 (from page in 2002). The belt was honorably returned in September, 2017. Ka'a is now a squire to Dame Linden of the Celestial Kingdom. She also has many Men at arms and Pages including; Belias, Craft, Fayt Horizon, and Aries the Mad Dame Linden (Flame 2005), (Crown 2007), (Serpent 2010) 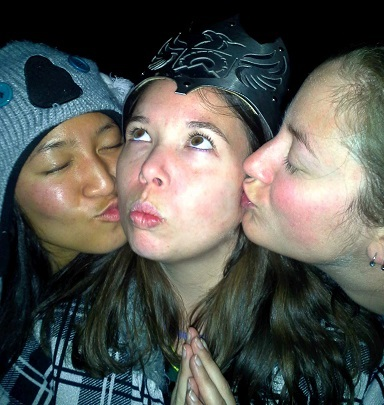 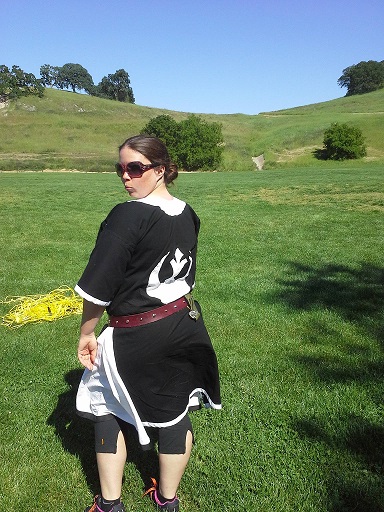 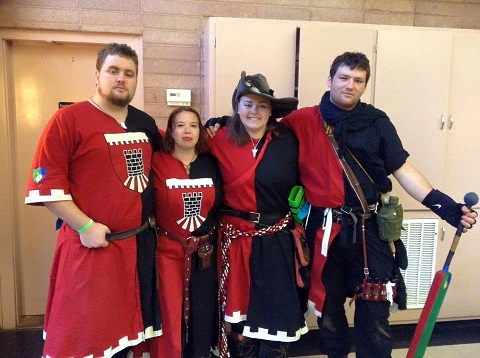