A Shire in the Kingdom of Westmarch,located in Lodi, California. 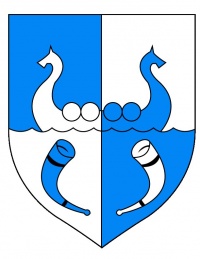 Aegir (pronounced: age-er) was a giant who was renown throughout all of Asgard as the greatest brewer of meads and wines. The Aesir loved his drink so much, they brought him the greatest cauldron ever forged, so that he could brew his meads and wines for them. After long summers of battles, the Aesir would gather at Aegir's Hall to feast and drink, and tell tales of their battles. Though the legend is old. Here at Aegir's Hall we continue that tradition today. Aegir's Hall was founded in Lodi, CA in May of 2011 by Grimbold and Sayge of the Desert.

The Monarchy for Aegir's Hall